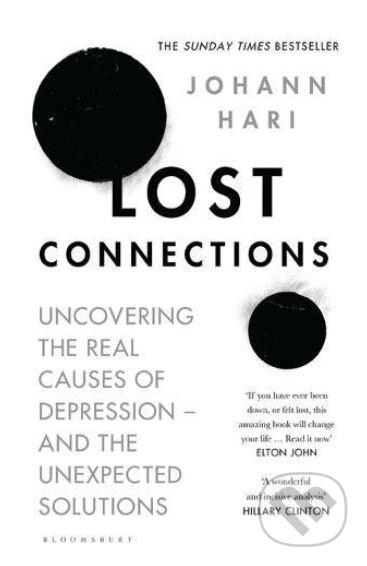 Uncovering the Real Causes of Depression – and the Unexpected Solutions

From the New York Times bestselling author of Chasing the Scream, a radically new way of thinking about depression and anxiety. What really causes depression and anxiety - and how can we really solve them? Award-winning journalist Johann Hari suffered from depression since he was a child and started taking anti-depressants when he was a teenager. He was told that his problems were caused by a chemical imbalance in his brain. As an adult, trained in the social sciences, he began to investigate whether this was true - and he learned that almost everything we have been told about depression and anxiety is wrong. Across the world, Hari found social scientists who were uncovering evidence that depression and anxiety are not caused by a chemical imbalance in our brains. In fact, they are largely caused by key problems with the way we live today. Hari´s journey took him from a mind-blowing series of experiments in Baltimore, to an Amish community in Indiana, to an uprising in Berlin. Once he had uncovered nine real causes of depression and anxiety, they led him to scientists who are discovering seven very different solutions - ones that work. It is an epic journey that will change how we think about one of the biggest crises in our culture today. His TED talk - 'Everything You Think You Know About Addiction Is Wrong' - has been viewed more than 8 million times and revolutionized the global debate. This book will do the same.
Čítať viac