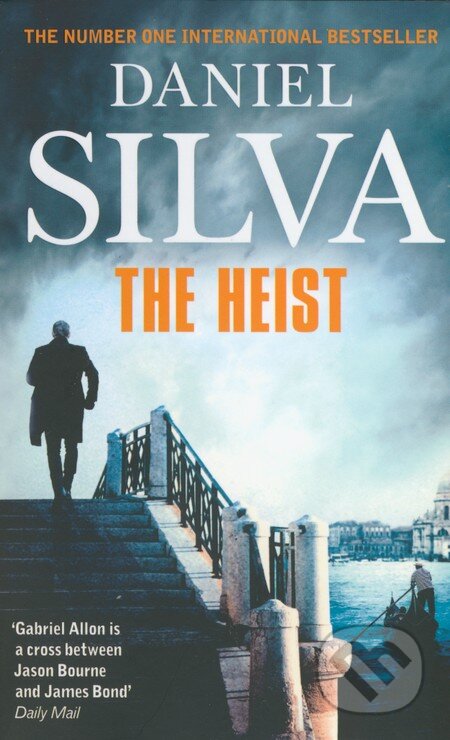 Gabriel Allon, master art restorer and assassin, returns in a spellbinding new thriller from No.1 bestselling author Daniel Silva. For all fans of Robert Ludlum...

Gabriel Allon, master art restorer and assassin, returns in a spellbinding new thriller from No.1 bestselling author Daniel Silva. For all fans of Robert Ludlum. Sometimes the best way to find a stolen masterpiece is to steal another one. Legendary spy and art restorer Gabriel Allon is in Venice repairing an altarpiece by Veronese when he receives an urgent summons from the Italian police. The art dealer Julian Isherwood has stumbled upon a chilling murder scene in Lake Como, and is being held as a suspect. To save his friend, Gabriel must perform one simple task: find the most famous missing painting in the world.

The dead man is a fallen British spy with a secret: he's been trafficking in stolen artworks and selling them to a mysterious collector. Among those paintings is the world's most iconic missing masterpiece: Caravaggio's glorious Nativity with St. Francis and St. Lawrence. Gabriel embarks on a daring gambit to recover the Caravaggio that will take him on an exhilarating hunt—from Paris and London to Marseilles and Corsica, and finally, to a small private bank in Austria. Straddling the worlds of art and espionage, THE HEIST is a page-turning tale of intrigue, populated by a remarkable cast of spies, killers and thieves.
Čítaj viac