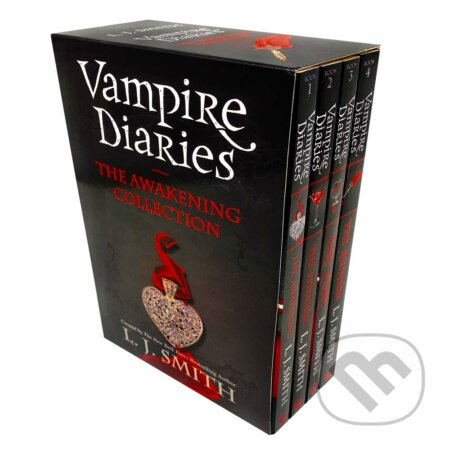 4 Books Bundle Box Set: The Awakening, The Struggle, The Fury, The Reunion

The Awakening:
The first book in L.J. Smith’s New York Times bestselling Vampire Diaries series, the basis of the hit CW TV show starring Nina Dobrev, Paul Wesley, and Ian Somerhalder. Elena Gilbert is a high school golden girl, used to getting what she wants. And who she wants. But when the boy she’s set her sights on—the handsome and haunted Stefan—isn’t interested, she’s confused. She could never know the real reason Stefan is struggling to resist her

The Fury:
Tired of being caught in the middle of a love triangle between two vampire brothers, Elena sacrifices an immortal love to end the brothers' constant strife.