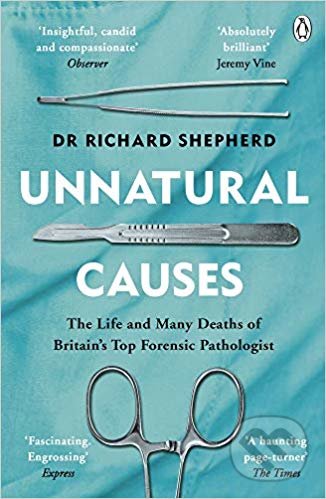 Meet the forensic pathologist, Dr Richard Shepherd. A detective in his own right, he must solve the mystery of sudden and unexplained deaths. He has performed over 23,000 autopsies, including some of the most high-profile cases of recent times; ...

Thoughtful, revealing, chilling and always unputdownable, Unnatural Causes is the true crime book of the year. If you liked This is Going to Hurt, War Doctor and All That Remains you'll love this. 'One of the most fascinating books I have read in a long time.Engrossing, a haunting page-turner. A book I could not put down' The Times\DAILY MAIL 100 BEST SUMMER BOOKS__________Meet the forensic pathologist, Dr Richard Shepherd. A detective in his own right, he must solve the mystery of sudden and unexplained deaths.He has performed over 23,000 autopsies, including some of the most high-profile cases of recent times; the Hungerford Massacre, the Princess Diana inquiry, and 9/11. He has faced serial killers, natural disaster, 'perfect murders' and freak accidents. His evidence has put killers behind bars, freed the innocent, and turned open-and-shut cases on their heads.Yet all this has come at a huge personal cost. Unnatural Causes tells the story of not only the cases and bodies that have haunted him the most, but also how to live a life steeped in death. __________'A deeply mesmerising memoir of forensic pathology.Human and fascinating' - Nigella Lawson 'Gripping, grimly fascinating, and I suspect I'll read it at least twice' Evening StandardIncluded in The Times Books of the Year'Puts the reader at his elbow as he wields the scalpel' Guardian 'Fascinating, gruesome yet engrossing' Richard and Judy, Daily Express'Heart-wrenchingly honest' Professor Sue Black, author of All That Remains'Fascinating, insightful, candid, compassionate' Observer
Čítaj viac
Kúpte spolu 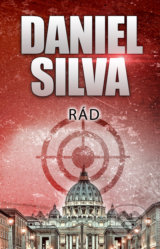