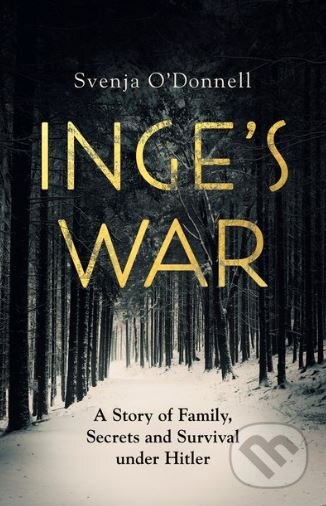 A Story of Family, Secrets and Survival under Hitler

A stunning family memoir of one woman’s search for her German grandmother’s history during the Second World War...

A stunning family memoir of one woman’s search for her German grandmother’s history during the Second World War...

A stunning family memoir of one woman’s search for her German grandmother’s history during the Second World War.

What does it mean to be on the wrong side of history?

Svenja O'Donnell’s beautiful, aloof grandmother Inge never spoke about the past. All her family knew was that she had grown up in a city that no longer exists on any map: Königsberg in East Prussia, a footnote in history, a place that almost no one has heard of today. But when Svenja impulsively visits this windswept Baltic city, something unlocks in Inge and, finally, she begins to tell her story.

It begins in the secret jazz bars of Hitler’s Berlin. It is a story of passionate first love, betrayal, terror, flight, starvation and violence. As Svenja teases out the threads of her grandmother’s life, retracing her steps all over Europe, she realises that there is suffering here on a scale that she had never dreamt of. And finally, she uncovers a desperately tragic secret that her grandmother has been keeping for sixty years.

Inge's War listens to the voices that are often missing from our historical narrative – those of women caught up on the wrong side of history. It is a book about memory and heritage that interrogates the legacy passed down by those who survive. It also poses the questions: who do we allow to tell their story? What do we mean by family? And what will we do in order to survive?
Čítaj viac