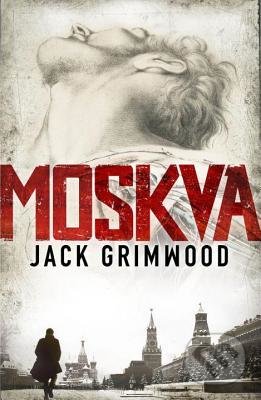 Moskva is a brilliantly written, chilling and sophisticated début serial killer thriller set in Cold War Moscow. Makes Kolymsky Heights look like a walk in Gorky Park. Red Square, 1985. The naked body of a young man is left outside the walls of the Kremlin; frozen solid - like marble to the touch - missing the little finger from his right hand. A week later, Alex Marston, the headstrong fifteen year old daughter of the British Ambassador disappears. Army Intelligence Officer Tom Fox, posted to Moscow to keep him from telling the truth to a government committee, is asked to help find her. It's a shot at redemption. But Russia is reluctant to give up the worst of her secrets. As Fox's investigation sees him dragged deeper towards the dark heart of a Soviet establishment determined to protect its own so his fears grow, with those of the girl's father, for Alex's safety. And if Fox can't find her soon, she looks likely to become the next victim of a sadistic killer whose story is bound tight to that of his country's terrible past.
Čítaj viac