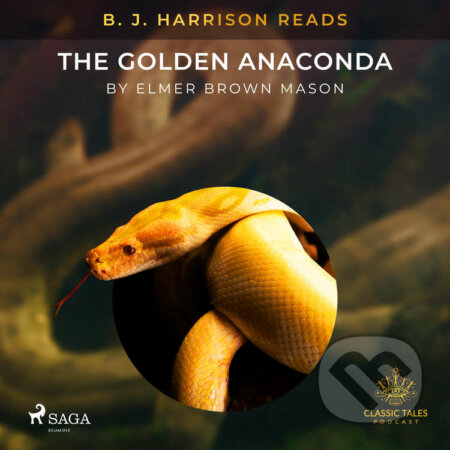 Adventurer Wandering Smith is hunting anacondas in the jungles of South America when he spots an orchid hunter, who is fleeing from a group of natives. The two join forces, but it soon becomes clear to Wandering Smith that the orchid hunter is after something much more adventurous than rare flowers.'The Golden Anaconda' is one of five stories written by entomologist Elmer Brown Mason about the swamp-guide Wandering Smith. They were originally published in 'The Popular Magazine' and were inspired by Elmer Brown Mason's own travel adventures. Funny and exciting, 'The Golden Anaconda' is a truly enjoyable read.
Čítaj viac
Našli ste v našom obsahu nejaké nepresnosti?
Dajte nám o tom vedieť.
Nahlásiť chybu