Architecture of the Nineteenth Century

A complete survey of European architecture during the 18th and 19th centuries...

A complete survey of European architecture during the 18th and 19th centuries.

This volume offers a complete survey of European architecture during the eighteenth and nineteenth centuries, examining in particular the influence of the cultural trends of the period on the architects' works. The first section of the book deals with the history of eighteenth-century architecture in France and England, countries where Cartesian-school philosophical speculation and Anglo-Saxon philosophical empiricism wielded a determining influence. After analysing the developments of the classical tradition and its propagation throughout Europe, the book studies in depth the history of architectural movements, comprising neo-classicism, neo-Renaissance and neo-Gothic architecture. The outstanding, forerunning personalities of this brilliant artistic period who, in the course of the nineteenth century, offered fecund theoretic and stylistic contributions, include Gottfried Semper, John Ruskin and Eugène Viollet-le Duc.
Čítaj viac
Kúpte spolu 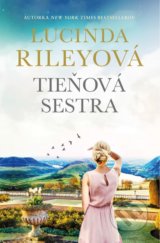