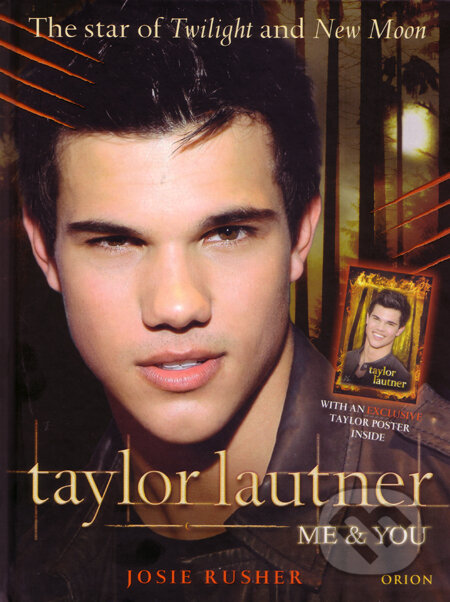 Taylor Lautner: Me & You

The Star of Twilight & New Moon

ME & YOU reveals the boy behind the fangs as Hollywood's hottest young star, Taylor Lautner, is set for global superstardom...

ME & YOU reveals the boy behind the fangs as Hollywood's hottest young star, Taylor Lautner, is set for global superstardom. From his early days of appearing as a martial arts kid in a Burger King ad to appearing on TV shows and in 3D movies, Taylor fell in love with acting and landed the role of a lifetime, that of Jacob Black in TWILIGHT and NEW MOON. Read all about Taylor's loves and interests, his passion for acting and exercise, and what it's like to be a heart-throb to millions! Get the inside gossip on NEW MOON and read how Taylor sank his teeth into his hairy role. Hear about plans for the TWILIGHT series and what it was like to work with his co-stars. If you're a fan of TWILIGHT and NEW MOON, this is the book for you. And with a free pull-out bedroom poster, this book has everything!
Čítaj viac
Našli ste v našom obsahu nejaké nepresnosti?
Dajte nám o tom vedieť.
Nahlásiť chybu