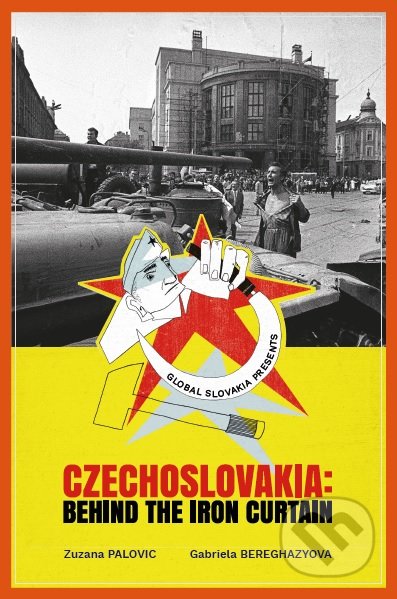 Czechoslovakia: Behind the Iron Curtain

A history of communism

Take a journey into the borderland of the Red Empire, during an ideological battle that saw the world ripped in half. Dare to step into communist Czechoslovakia, where the controlled East and the free West converged at their closest. This is a story...

Take a journey into the borderland of the Red Empire, during an ideological battle that saw the world ripped in half. Dare to step into communist Czechoslovakia, where the controlled East and the free West converged at their closest.
This is a story of ordinary people caught up in the midst of the 20th centurys greatest political experiment. Through tales only told in whispers, glimpse into the everyday reality of those whose entire universe was ruled by the Hammer and the Sickle.
Čítaj viac
Našli ste v našom obsahu nejaké nepresnosti?
Dajte nám o tom vedieť.
Nahlásiť chybu

I really enjoy reading the book, there were some stories and facts I did not know about, I like the simple and narrative language. For me it was quiet new to read this scientific point of view and description of regular life of ordinary people and brought me back when I was a child. It help me analysed my own memories and experience and understand the behaviour of my family and effect they have on me. Čítaj viac
Best book to learn about communist time in Czechoslovakia
This book is a must read. Complete history of every aspect of the former Czechoslovak country while in the socialist times... awesome facts that shape Slovakia and Chequia today and it’s not much different than Cuba. 100% recommended Čítaj viac
Outstanding
I find this book very didactic and easy to follow, even addictive in some chapters. I had never been explained communism so clearly, with this degree of thoroughness and so many examples. I like how the authors use real life stories as examples to better understand those 40 years of communism. The description of the iron curtain completely changed my perception of it, since most books don't offer this comprehensive narrative. The photographs, maps and other illustrations also help to understand better the concepts. I would recommend this book to anyone interested in communism or in the history of Czechoslovaquia. Čítaj viac
An important and timely visit back to two countries' communist past
A plain English account of Czechoslovakia's communist past by two experts with deep roots in the region, this book arrives at an important moment. A growing number of people say that the Velvet Revolution, which brought the end of communism in 1989, doesn't resonate with them personally, while others can't name key figures from the uprising. And yet communism remains arguably the dominant factor underpinning contemporary politics. Enter "Czechoslovakia: Behind the Iron Curtain."

There are any number of densely worded academic texts about communism, from its economic regime to its role in international relations. Accounts of what life was like for ordinary citizens are less easy to come by. This accessible book examines aspects of life under communism in Czechoslovakia while also filling out the context, which was one of Soviet determination to ensure loyalty to the ideology. Both those eager to understand more about this region's divisive moment in political and civic life, as well as those simply interested in fascinating episodes in history, will find much to learn and discuss here. Čítaj viac
This is an important and timely publication. Thoroughly researched, with huge amount of rare photographies. On one side, this extensive book can serve as a nostalgic reminder to socialism, but at the same time it serves the purpose of recreating an abhorrent atmosphere that regime kept alive in Czechoslovakia for half a century.

Comprehensive and well-structured book that manages to cover many, if not all, aspects of the era. If you need only one book or a definitive guide regarding the life Behind the Iron Curtain in Czechoslovakia, this is the one. Čítaj viac