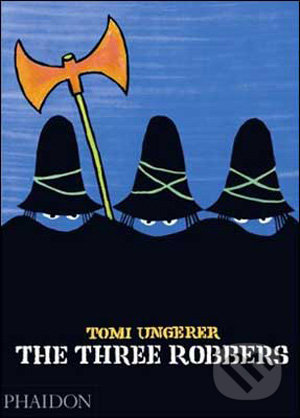 Hailed by the "New York Times Book Review" as 'one of the most brilliant illustrators at work today', Tomi Ungerer has been making beautiful, anarchic and unique books for children for more than 40 years...

Hailed by the "New York Times Book Review" as 'one of the most brilliant illustrators at work today', Tomi Ungerer has been making beautiful, anarchic and unique books for children for more than 40 years. He has been described by the "Guardian" as 'the direct natural descendant of the Brothers Grimm and Hans Christian Andersen' and, like all the best fairy tales, his classic story of "The Three Robbers" is by turns scary, charming and surprising.The book tells the story of three fierce black-clad robbers who terrorize the countryside, scaring everyone they meet. One robber stops carriage horses with his pepper spray, the second destroys the wheels of the carriage with his axe, and the third robs the passengers by holding them up with his blunderbuss. One day the robbers stop a carriage only to find a small orphan girl called Tiffany inside. On her way to live with a strange aunt, Tiffany is delighted to meet the robbers, who take her back to their cave instead of their usual haul of money, gold and jewels. The next day, Tiffany sees the treasures the robbers have amassed and asks what they plan to do with their riches.The men are baffled, as they had never thought about spending their money. So they decide to buy a castle and welcome all the lost, unhappy and abandoned children they can find. The robbers dress them in tall hats and long capes, just like the ones they wear themselves, only in red instead of black. Years later, when they are grown up, the children build a village near the castle, full of people wearing red hats and red capes. They also build three tall towers, in honour of the three robbers. First published in 1962, "The Three Robbers" has been translated into 16 languages, but has been unavailable in English for years. Now, this beautifully woven sequence of entertaining text and colourful eye-catching illustrations is back to delight children aged 4-8 and above.
Čítaj viac
Kúpte spolu 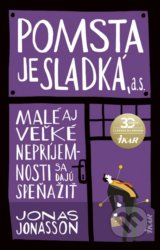