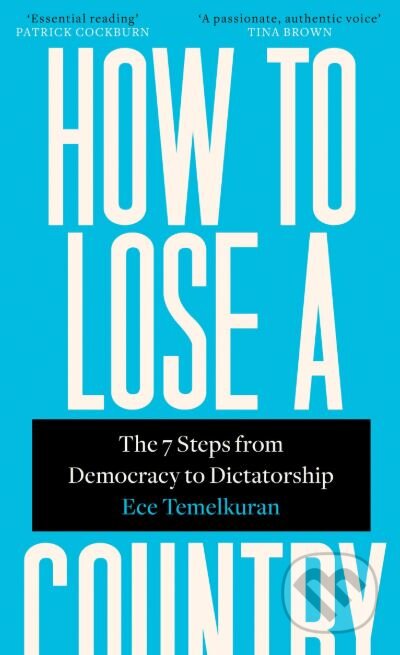 How To Lose A Country

The 7 Steps from Democracy to Dictatorship

An urgent call to action from one of Europe’s most well-regarded political thinkers. How to Lose a Country: The 7 Steps from Democracy to Dictatorship is a field guide to spotting the insidious patterns and mechanisms of the populist wave sweeping the ...

How to Lose a Country is an impassioned plea, a warning to the world that populism and nationalism don’t march fully-formed into government; they creep. Award winning author and journalist Ece Temelkuran, identifies the early-warning signs of this phenomenon, sprouting up across the world from Eastern Europe to South America, in order to define a global pattern, and arm the reader with the tools to root it out. Proposing alternative, global answers to the pressing – and too often paralysing – poltical questions of our time, Temelkuran explores the insidious idea of ‘real people’, the infantilisation of language and debate, the way laughter can prove a false friend, and the dangers of underestimating one’s opponent. She weaves memoir, history and clear-sighted argument into an urgent and eloquent defence of democracy. No longer can the reasonable comfort themselves with ‘it couldn’t happen here.’ It is happening. And soon it may be too late.
Čítaj viac