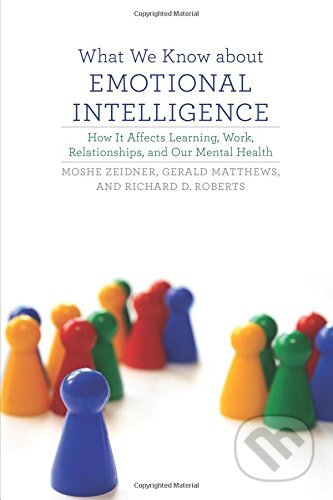 What We Know about Emotional Intelligence

How It Affects Learning, Work, Relationships, and Our Mental Health

Sorting out the scientific facts from the unsupported hype about emotional intelligence...

Sorting out the scientific facts from the unsupported hype about emotional intelligence.

Emotional intelligence (or EI)-the ability to perceive, regulate, and communicate emotions, to understand emotions in ourselves and others-has been the subject of best-selling books, magazine cover stories, and countless media mentions. It has been touted as a solution for problems ranging from relationship issues to the inadequacies of local schools. But the media hype has far outpaced the scientific research on emotional intelligence. In What We Know about Emotional Intelligence, three experts who are actively involved in research into EI offer a state-of-the-art account of EI in theory and practice. They tell us what we know about EI based not on anecdote or wishful thinking but on science.