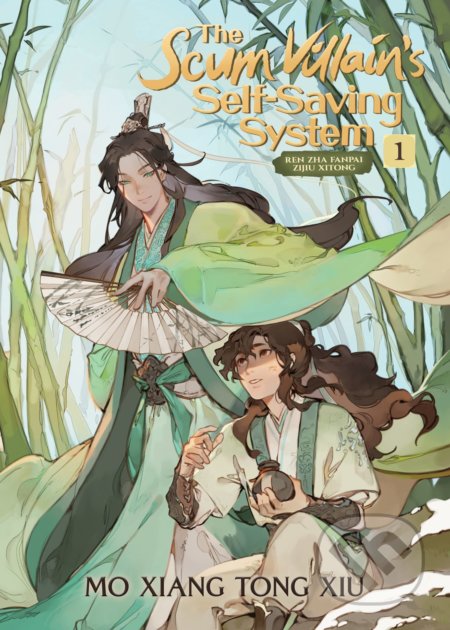 Half-demon Luo Binghe rose from humble beginnings and a tortured past to become unrivaled in strength and beauty... Čítať viac

Half-demon Luo Binghe rose from humble beginnings and a tortured past to become unrivaled in strength and beauty... Čítať viac

The blockbuster danmei/Boys’ Love novels from China that inspired the animated Scumbag System series streaming in English! This hilarious story of a man reborn as a villain in a fantasy novel series who ends up romancing the male protagonist is now officially in English, for the very first time.

Half-demon Luo Binghe rose from humble beginnings and a tortured past to become unrivaled in strength and beauty. With his harem of over three hundred wives, and dominion over both the human and demonic realms, he is truly the most powerful protagonist—in a trashy web novel series!

At least, that's what Shen Yuan, online alias "Peerless Cucumber," believes as he finishes reading the final chapter in Proud Immortal Demon Way. But when a combination of rage and a poor meal choice leads to his death, Shen Yuan finds himself reborn into the world of the web novel, in the body of Shen Qingqiu—the beautiful but cruel teacher to a young Luo Binghe. Although as Shen Qingqiu he now has incredible power and abilities as a cultivator, he’s also destined to be horrifically punished for crimes against the protagonist, so this new Shen Qingqiu has only one course of action: get into Luo Binghe’s good graces before the young man’s rise to power. That’s the only way he’ll escape the awful fate of a true scum villain!